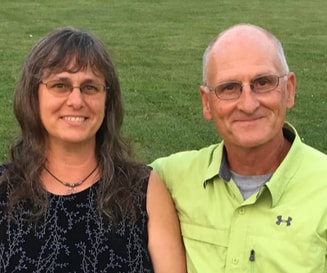 Ever let your mind just dream? Sometimes you wake up, years later and realize that your life, up to that point, has been the story of making that dream come true. The dream is uniquely yours, because it includes people you love, your community and a place you built. Dennis and Peggy Griffin are the dreamers, their community is Wausau, Wisconsin and the place they built is Willow Springs Garden.


Peggy’s gift for hospitality was nurtured from a young age. Her family had eleven children, so caring for each other was a big part of life. On their family dairy farm, just two miles away from Willow Springs, she helped her father milk cows and care for calves in the barn. Caring for others is Peggy’s heartbeat.

​
During Peggy’s childhood, her mother Delores hosted a Monthly Card Night for five local couples. The ritual created excitement that flitted from room to room. She watched as her mother spread the linen tablecloth, and fill bowls with Bugles and mixed nuts. Beer was put on ice. Brandy, bitters, and oranges were gathered for Old Fashioneds, and the house was ready. Kids had to be upstairs, but Peggy sneaked a peek now and then, hearing laughter, fun, storytelling, and her mother’s voice, caring for everyone. Card Nights sparked Peggy's  love of creating and hosting events.


Dennis loves stories about the past. We are pretty sure we can thank Grandpa Elmo for that. Life on an Iowa farm in the early 1900s was an exciting place for a boy in summertime, and Elmo could spin a yarn like no one else. Ask Dennis to tell you the story of the drawers, the cash and the gun sometime.


Sometimes when people tell great stories, it makes you want to write one of your own.In the late 1990s, Dennis went to England to explore. In between hostel stays, he found himself captivated by arboretums with roses in York and cottages with English gardens dotting the countryside. He let his mind dream…


And then he fell in love. Not long after that, Willow Springs Garden began to come together. Part Dennis, part Peggy, part something new.

The Maine Town Hall, just off Highway K, was going to be torn down. When Dennis learned this, something inside of him sparked, an idea. Maybe it started with Grandpa Elmo, the English gardens or some combination of both, but Dennis wondered if the Town Hall might be moved. The Town Hall would be the focal point of a garden. The Town Hall was moved from its original site next to the Town of Maine Fire Department to Willow Springs Garden in 2001.  It's been a work in progress ever since.

Round Barns tell stories from a different American farming era. It is not hard to imagine Grandpa Elmo on a famed boyhood lark in an Iowa round barn. Round barns were erected through the 1880s to the mid-1930s, though construction was declining by the1920s. By the late 1930s, round barns were rarely built and when they failed, they were often replaced with rectangular barns. Back in 2006, there were less than one hundred round barns remaining in the entire state of Wisconsin. Carl Christan’s Round Barn was the only one left in MarathonCounty, and it was falling down. Dennis told Carl he’d like to save it. Carl agreed and they got to work. They dedicated the summer of 2006 to cleaning out 40 years of boards, stanchions, and rubble.Marathon County’s only remaining Round Barn was moved to its new home at WillowSprings Gardens in September 2006.

Moving a building gets people talking. Moving two buildings really gets people scratching their heads. People ask questions, they wonder why. Curiosity sparks and they want to talk about what’s going to happen next. Those conversations flip the word building on its head. A conversation about a building turns into the action of building community. That’s why we’re here. To build our community and create a place where families are honored, and traditions created.